Who We AreWhat We DoWhat We've Done
Let's Work Together 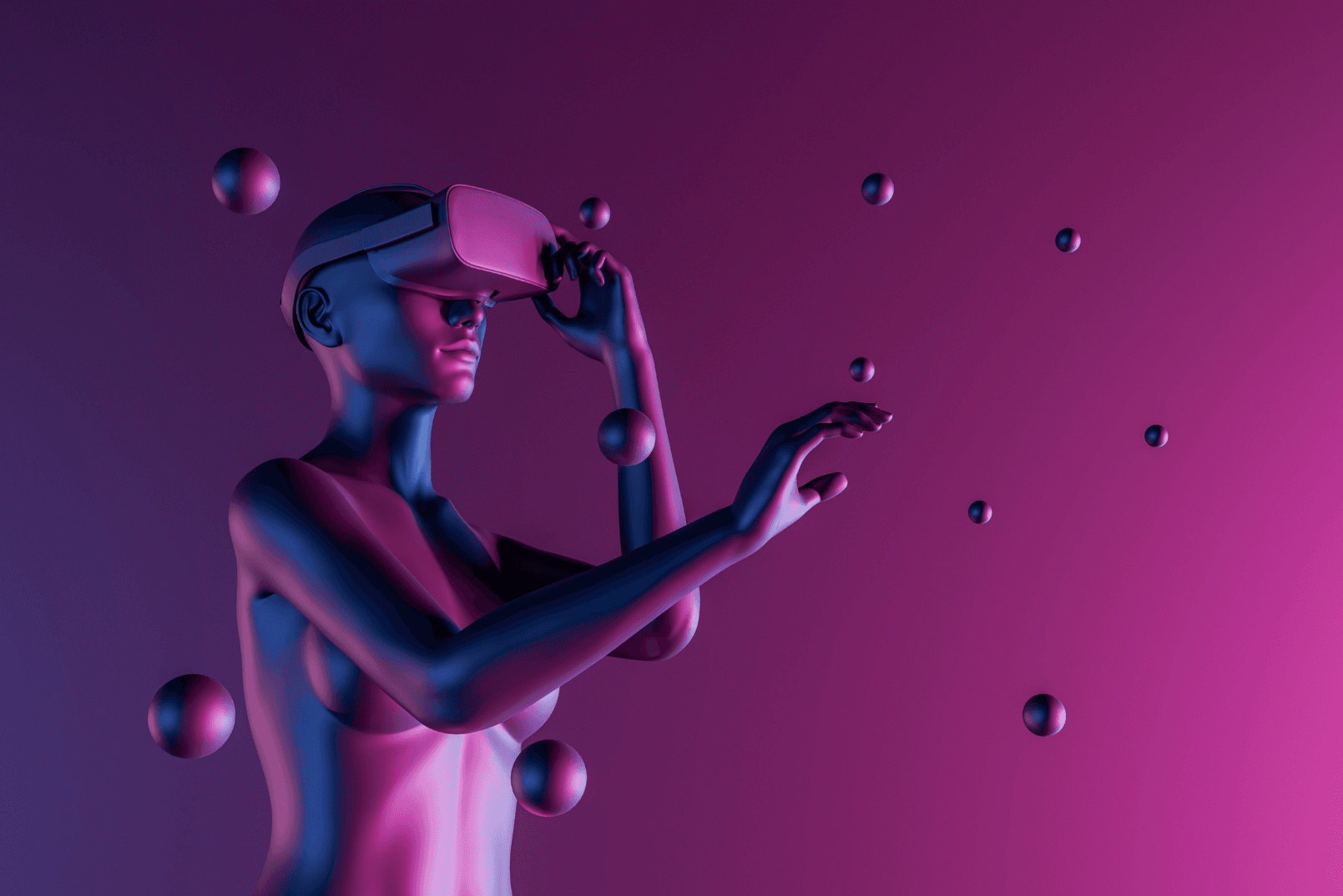 The Second Big Bang: Birth of the Metaverse

AR and VR are becoming mainstream technologies at this point. In 2021 alone, over 400,000 AR glasses were sold. Recent estimates for augmented reality on mobile devices like smartphones and tablets show that there are approximately 810 million active users. With numbers like this, it comes as no surprise that many companies are looking to cash in on the trend.

With Facebook (now known as Meta) purportedly having sold over 10 million of their Quest 2 VR headsets in the course of a year, it seems we are currently standing on the precipice of another technology revolution.

Facebook changed their company name to Meta to reflect a change in the company’s focus. Instead of a social platform, Mark Zuckerberg now wants to focus on creating a Metaverse.

So, what is the Metaverse anyway? Is it another buzz word or something much more?

As is often the case with many different technologies, the Metaverse got its name from science fiction. The term was first coined in the early 90s when writer Neal Stephenson created the word in his novel Snow Crash. In the novel, Stephenson describes a 3D virtual space where people, in the form of avatars, could meet, talk and interact with each other. The author thought of this virtual reality as the natural evolution of the Internet.

While Mr. Stephenson coined the term “Metaverse,” the idea of a virtual space, or a collection of such interconnected spaces, coming together to form a sort of alternate reality that we can enter, interact with and spend time in for work and play was not new. Years before Snow Crash came out, similar concepts had already been proposed and hashed out.

What makes up a Metaverse?

There are a few key elements that need to be present in order for a Metaverse-like construct to be born. While experts and pundits often debate what these elements are, there are a couple of things that stick out as especially important.

The first would be a persistent digital space. This could be a 3D virtual space or any sort of immersive digital space but it has to be persistent, possessing a history and a timeline of its own. Changes made by humans in this digital space must persist as it would in reality.

Secondly, humans need to be able to enter, interact with and immerse themselves in this digital reality. This includes current ubiquitous technologies we already use such as personal computers, smartphones and the Internet as well as newer tech such as AR and VR.

Many scientists, engineers and technologists have been discussing concepts similar to the Metaverse for years. As technology progressed however, these concepts would be tried and tested over numerous iterations. Precursors to the Metaverse would pop up one by one every now and then.

The Technology of the Metaverse

The Metaverse will undoubtedly be built upon the foundation that is the Internet. Because of this, all of our existing Internet-based technologies and hardware will be fully capable of interacting with the Metaverse. However, the degree of interaction will vary with the individual capabilities of these devices.

Newer existing and upcoming devices will take advantage of Extended Reality technologies like Virtual Reality (VR), Augmented Reality (AR) and Mixed Reality (MR). These devices will be able to fully unleash the potential of the Metaverse. Current products that are already fairly capable include Meta’s Quest 2 (formerly Oculus), Valve’s Index, Microsoft’s Hololens 2 and quite a few others. Interestingly, newer smartphones from Apple, Samsung and others also come with powerful AR features built-in.

Arguably, the first example of a fleshed out proto-Metaverse is Second Life. Linden Labs launched this highly popular “online virtual world” back in 2003. It already had many of the characteristic elements that people associate with metaverses. When it came out, it was a wonderful mashup of MMORPG/social media platform/sandbox. However, the lack of VR and AR elements at the time of its release held it back from truly becoming a mature Metaverse.

Other proto-Metaverses include games like Roblox and Fortnite as well as the blockchain-based virtual reality platform Decentraland. Like Second Life, the lack of VR and AR components make it difficult to refer to these games and platforms as Metaverses.

Interestingly enough, the popular sandbox game Minecraft has many of the features one might expect of a fully fleshed Metaverse. The fact that you can also play the game in VR makes for an even more compelling argument. Minecraft has avatars, a persistent world and some social gameplay. However, the lack of a true virtual economy that can interact with the real world economy holds it back.

In 2011, popular science fiction novel Ready Player One written by Ernest Cline brought the Metaverse back into the spotlight. In the novel, a metaverse aptly named the OASIS served as a refuge for a weary society battered by social and economic ills. In 2018, a movie of the novel was released and finally gave the concept of a metaverse widespread popularity.

Fast forward to 2021 and we now have a number of powerful contenders that are vying for full Metaverse status. We have Meta’s efforts like Facebook Horizon and other things currently under development. We also have platforms like Altspace and VRChat that are already on the cusp of Metaversehood. Some would also argue that all of these separate platforms could collectively make up a single Metaverse. The Metaverse.

The most obvious and visible investor in the Metaverse is currently Meta. Zuckerberg and his company are seemingly rushing headfirst into the Metaverse’s future and are putting their substantial financial resources into their efforts.

On the hardware side of things, Qualcomm is also a big investor in the Metaverse. The company hopes that many of the devices used to access the Metaverse will be powered by Qualcomm chips such as the Qualcomm XR2. The XR2 is already used in Meta’s own Quest 2 VR headset.

Based purely on hardware alone, the AR, VR and MR market is estimated to reach 300B by 2024. NFTs, which will be a vital part of selling virtual goods in the Metaverse, is already a multibillion dollar industry. The creation of virtual goods such as avatars, personal virtual reality spaces and virtual accessories is also expected to produce massive amounts of revenue for both the platforms that support them and the content creators who make the actual goods.

This is all well and good but what does it mean for the average person? In the US alone, 43% to 48% of Americans between the ages of 18-44 are interested in the Metaverse. This number will probably grow as the concept becomes more mature.

Whether Meta’s vision of the Metaverse will come to pass or not remains to be seen. However, the Metaverse as the natural evolution of the Internet will arrive sooner or later. There are many stakeholders and interested parties around the world working non-stop to bring the Metaverse into reality and objectively speaking, competition would definitely be a welcome thing. Our partners at Symmetry Labs have been involved in the development of key technologies that are essential to the Metaverse for over 30 years now and we are definitely excited to be a part of what’s to come.

Let’s innovate and grow together