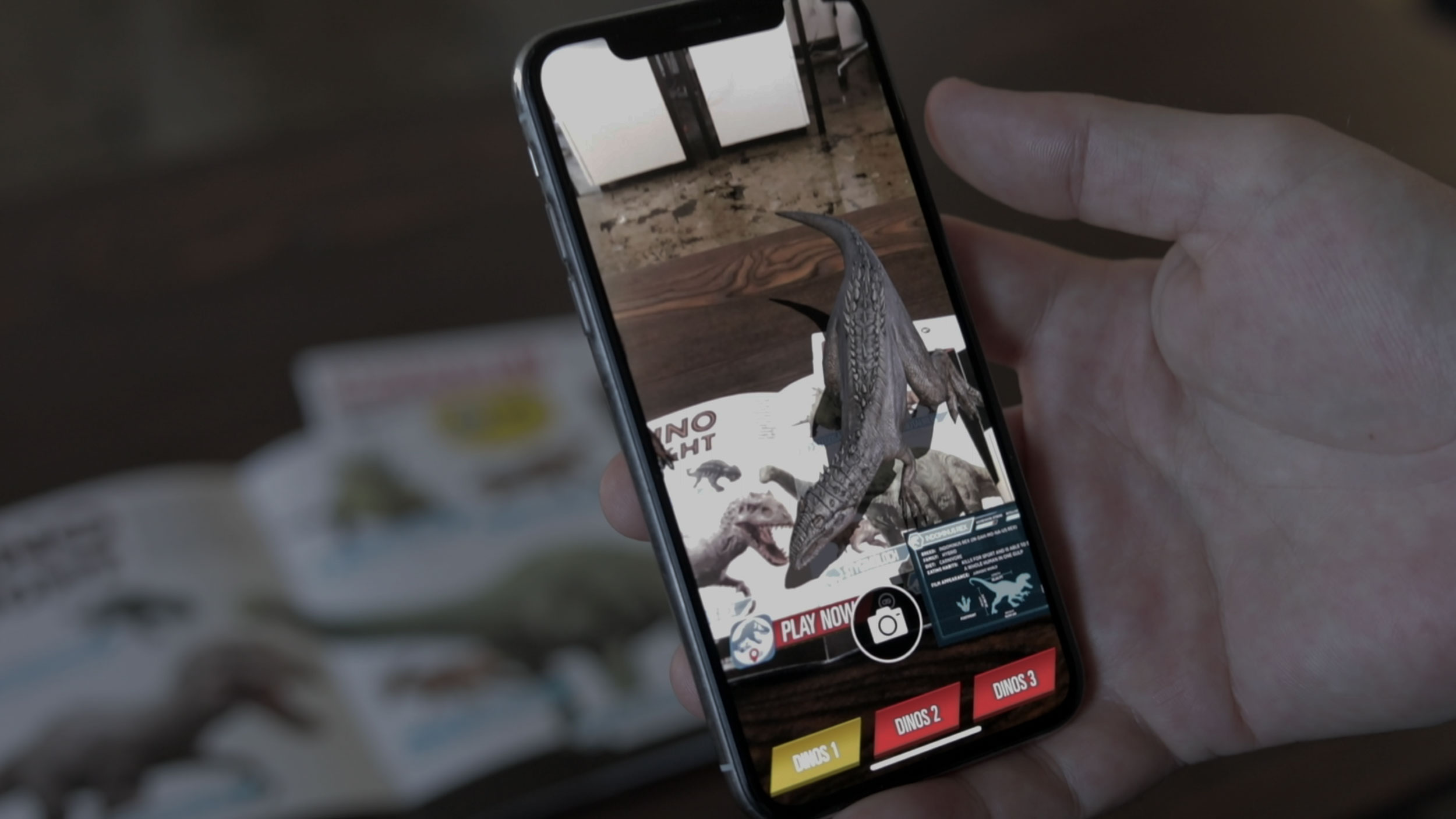 Augmented reality (AR) has been around for a while now. In the early 90’s, a fully functional and immersive prototype with all of the necessary components of an augmented reality system was already being researched by the US military. Since then, numerous new use cases have been identified and deployed in various industries and sectors. In particular, the retail and eCommerce sectors have reaped the benefits of augmented reality.

While some may say that we are still in the early stages of market adoption, AR has already proven itself as a viable, practical and most importantly, profitable tool for businesses worldwide. To understand the viability and maturity of this technology, we need to take a quick look at recent AR history.

Pokemon Go is an app, a cultural phenomenon and a business tour de force that took the world by storm back in 2016. Despite its shortcomings, Pokemon Go was the first application to truly take AR into the mainstream. One month after its release, the mobile game smashed through all of its competitors’ records going so far as setting 5 Guinness World Records in the process. By August of 2016 only a month after it’s release,  Pokemon Go had already grossed $206.5 million after being downloaded a whopping 130 million times.

Another month later, it breached 500 million downloads and was the first app ever to hit half a billion dollars in revenue in such a short time period. While the hype eventually died and numbers started going down, Pokemon Go is still a profitable app even today. In the course of its lifetime, the mobile game grossed over $3 billion in revenue.

These are all impressive numbers indeed but what’s even more impressive is how Pokemon Go’s developer Niantic made it happen. They used AR as a core mechanic to generate, drive and maintain customer engagement. Players loved Pokemon Go. They liked spending hours upon hours playing the game, spending real money to gain an advantage over other players and immersing themselves in both the world and the mechanics of the game.

The Evolution of AR

Pokemon Go offered the world insights into how an immersive user experience overlaid on top of the real world could drive user engagement to new heights. Over time, the concept has evolved into a number of different applications. One of the most significant game-changers in the retail industry was brought about by AR try-ons. Simply put, this gives customers the ability to “try-on” certain products such as clothes or sunglasses. It does this within an augmented reality environment without the need to physically try-on the product. This gave retailers the unprecedented ability to allow customers to “demo” their products without having to physically travel to a brick and mortar store. AR try-ons coupled with tried and tested eCommerce infrastructure culminated in a truly touchless shopping experience. Eyeglass brand Warby Parker deployed an excellent example of this type of use case with their virtual try-on AR app.

For businesses with a B2B model, AR has also made waves in various international trade shows throughout the world. AR provides a unique opportunity to create 3D product displays right on the trade show floors, allowing potential customers access to an immersive experience unlike any other. They can view your products, change any color or size options on the fly and even relive the experience when they get back home or show it to their co-workers or superiors at work.

A New Level of Customer Engagement

Cosmetics giant Sephora ran a very successful AR campaign that showed the retail industry a glimpse of what AR could do for customer engagement and sales. Subscription box phenom Loot Crate was also successful at using AR to increase sales and engagement on their mobile app. Following the implementation of AR, Loot Crate saw a 200% increase in the number of app users. More importantly, they observed a 350% increase in average app usage. In the world of wayfinding, AR also played a key part in a British airport’s efforts to help passengers navigate their facilities. Movie entertainment magazine and news site MovieBill used AR activation to great effect in their mobile app resulting in a significant 500% increase in average usage.

Aside from product visualization, AR can also be used to add new layers of customer interaction. In particular, AR scavenger hunts have proven to be both highly immersive and very effective at driving customer engagement. Similar to a role-playing game, users can go around event venues or physical locations like malls and retail outlets to discover AR easter eggs that can trigger events or display information on their smartphones. T-mobile pulled off a great example of this type of application during their Lunar New Year event at their San Francisco flagship retail store. Using a carefully tailored AR experience, T-Mobile was able to successfully engage with their customers in a memorable way, encouraging them to interact with their new products and showcases.

AR is also a great way of adding a new dimension of interactivity to corporate advocacy events. In this year’s Pride Month, T-Mobile launched a fun little interactive AR photo app where users could take unique augmented reality photos of their surroundings. Users simply needed to scan a QR code to launch the app. After launching, they could then pick and place colorful Pride Month themed AR objects in the real world and quickly snap pics of the augmented scenes.

Symmetry also worked with T-Mobile on another AR photo app to celebrate the Chinese Lunar New Year. The app was designed to commemorate the Year of the Ox and allowed T-Mobile customers to take AR photos with eye-catching ox themed AR assets. App statistics indicated an average dwell time of 12 minutes, which is very impressive in an age where getting a user to stick around for a minute or two is very difficult. In addition, more than half of the total users registered multiple sessions while using the app in select T-Mobile locations.

When COVID-19 hit a largely unsuspecting world, a lot of things changed over the course of several months. Many of these changes will eventually go back to normal but the pandemic will leave lasting effects that will continue for the foreseeable future. In particular, COVID-19 brought about drastic changes to eCommerce and remote working. As billions of people around the world suddenly found themselves quarantined in their own homes, smaller companies struggled to cobble together solutions for improving collaboration with remote workers.

On the enterprise side of things, companies like Microsoft and Qualcomm started racing to develop AR technologies and products to improve how people work together in the post COVID-19 world. This push resulted in advancing AR significantly within a relatively short period of time.

For eCommerce and retail industries, the pandemic caused an AR arms race for customer engagement strategies. Given the widespread changes we’ve been seeing in how businesses engage with their customers, it becomes apparent that a new zeitgeist is upon us and AR presents itself as a valuable asset in the marketing toolkit for the “new normal.”